THE PATH OF AROMA 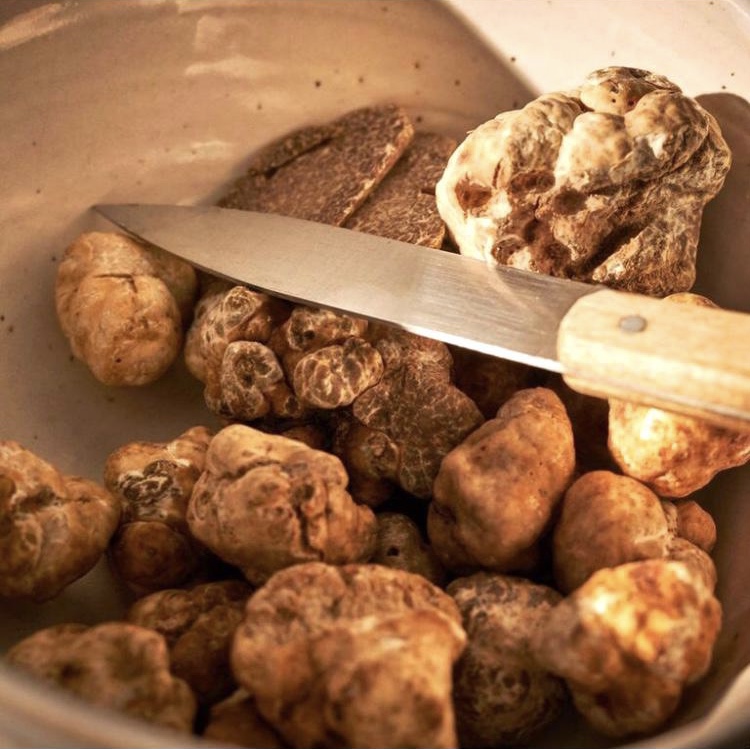 Truffle lovers are fairly certain that the combination of the rich red soil of Europe and relatively wet summers is the key that unlocks that thick, earthy flavour to life.

Funny thing is, no expert can fully describe the mysterious smell and taste of truffle. It is earthy AND pungent AND savory at the same time while, in their describing attempts, some even use the term “petrichor”, the fresh smell of rain-soaked earth after a downpour!

Still, everyone agrees that the best way to imagine what a black or white truffle tastes like is to try it out yourself. Although they are quite lovely, truffle-infused products can only offer you a hint of what to expect when you try out the real deal.

And the story about that divine taste is a bit romantic.

Simply put – truffles love trees, and we’re talking about a specific sorts such as the chestnut, hazelnut, oak, red alder, pine, lime, cottonwood, and the tree itself gives truffle its “character”. When a truffle falls in love with its chosen tree, after a couple of years it will become a true motherlode for truffle hunters. These key spots are sometimes literally a family heirloom, and their secret is passed down generation to generation for hundreds of years!

There is just one more key ingredient in this wonderful alchemy of Mother Nature – seasons. There is a season for every truffle, and it defines its final taste. The best ones, with heady aroma, are ready during the late winter or early spring. Summer truffles, on the other hand, tend to be much less intense. The white Piedmont truffle represents a “golden middle”, and its season ranges all the way from September to January.

Only thing remaining is a simple conclusion, a fact that everyone agrees upon: Tasting an entire spectre of natural wonders united in a single mushroom is a life changing experience.